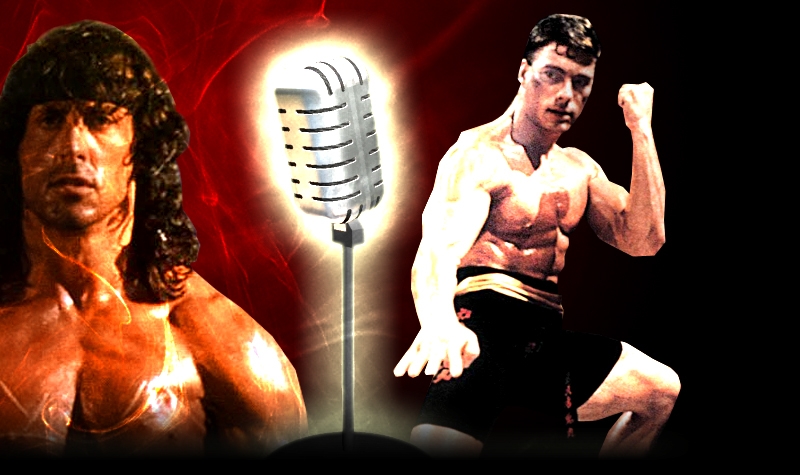 Over the span of your career you have written and directed a lot of high profile action movies. What has been your favorite project, and why?

“That’s like asking me which of my daughters is my favorite one. I can only tell you which movie of mine I dislike, and that was ‘The Last Patrol’, the movie I directed that starred Dolph Lundgren. I’ve described on other sites my problems making that movie, and don’t wish to re-hash the details any more. Suffice it to say that the script was terrible, and I wasn’t allowed to change it, and there was barely enough money available to make a proper action film.”

You have been involved in quite a lot of projects with Jean-Claude Van Damme. Is that a coincidence, or is there a story behind it?

“Jean-Claude and I met shortly after he finished filming ‘Bloodsport’ over 20 years ago, so we’ve been close friends for a very long time. I suppose we’ve worked on so many projects together because there’s a level of trust between us. JC knows that I always have his best interests at heart, and that I always do my utmost to make him look good on-screen. Plus, he likes my writing and the way that I tell a story.” 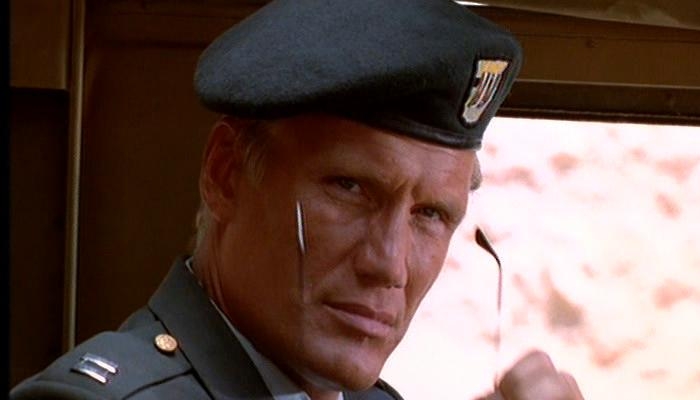 Your latest film was “The Hard Corps” from 2006, which also starred Mr. Van Damme. Do you have any new projects on the horizon?

“I developed a project for JC titled ‘Holy Blood’, a horror-action story which would have had him playing a former priest who investigates paranormal occurrences for the Vatican. Unfortunately we were not able to find enough money to film this project, which required special effects as well as action, and it appears to have stalled out because of that.”

You started out in the late 80’s, when the buff-guy action movies were at their peak, and it has since declined a lot through the 90’s popularity-wise. As a man behind some of the big hits, what do you think was the reason for this decline?

“Trends are cyclical in the film business. The audience tires of a certain type of film and they move onto something else, usually until somebody finds a way to re-invent that particular genre. For example, war movies were dead for quite some time until ‘Platoon’ revived them with a fresh perspective on the subject. Science fiction was dead until it was revived by ‘Star Wars’. Similarly, marital arts films were a dead genre until ‘Bloodsport’ brought about a whole new resurgence. I believe what you call the ‘buff-guy action’ genre will make an eventual comeback, but it’ll do so with new stars and a fresh, new approach.” 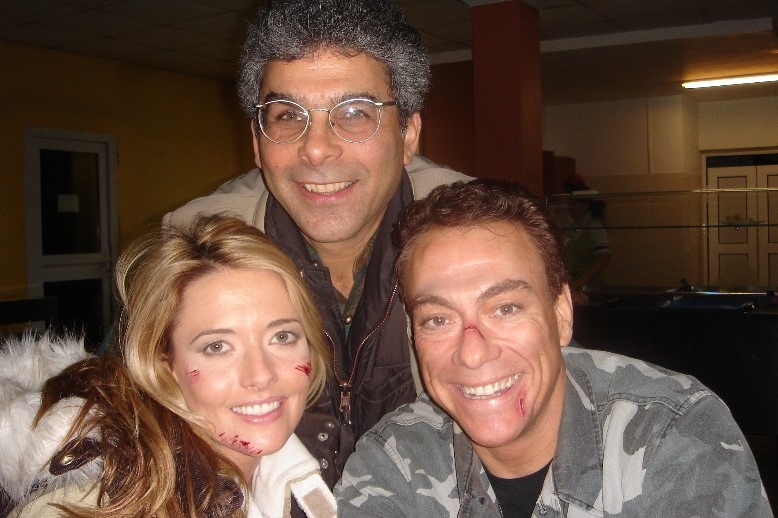 What do you see in the future for the old-school action movies? With the recent success of “Rambo” and the announcement of “The Expendables”, do you think a resurrection might be happening, or is it just the audience enjoying a few moments of nostalgia?

“We’ll have to see how successful ‘The Expendables’ is before we can declare a resurrection. It might just be nostalgia, but the nostalgia may go back earlier than the 80’s. Sly seems to be re-making his own version of ‘The Professionals’, a very cool action movie from the 60’s which starred Lee Marvin, Burt Lancaster, and Woody Strode. Personally I’m hoping Sly’s movie kicks ass, both on-screen and at the box office.”

In recent years a few new actors have risen to success with a style and look that resembles that of the 80’s stars – like Jason Statham. Do you think his success has had or will have a positive effect on the careers of people like Jean-Claude Van Damme or Dolph Lundgren?

“Jason Statham isn’t quite buff enough – like Sly or Arnold – and he’s not a real martial artist – like JC or Seagal – so I don’t know if I’d really categorize him as being in the same mold as the 80’s action stars. His current success doesn’t really seem to be having much of an effect on the careers of JC or Dolph.” 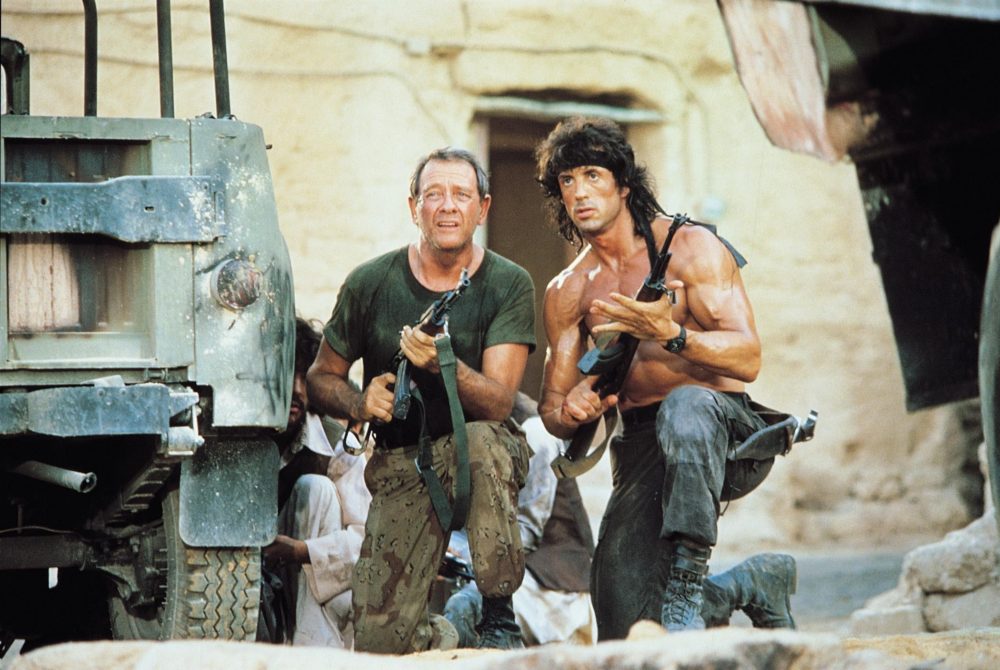 Back in the start of your career, you apparently went straight from smaller projects to writing “Rambo III”, a big blockbuster. How did you land that gig, and how was your experience working on that film?

“I was hired to write the film because Sly had read a spec screenplay of mine, a Vietnam War story titled ‘Firebase’, which he liked very much. I think he was also impressed by the fact that I was an actual Vietnam veteran, and he felt that would be important to adding a certain amount of veracity to the character. At the end of the day, however, Sly pretty much did what he wanted with the script and the character. There are a few aspects of the story which I feel are very unrealistic, and which made it more of a comic book story than it should have been. For example, the ‘jousting contest’ between the helicopter and the tank at the end of the movie, which was completely ludicrous.”

Personally, I really enjoyed the movie, but “Rambo III” has over the years gotten a beating by fans because of the environment it took place in and for Rambo being almost super-human. Do you feel this criticism is justified? And have you learned anything from the experience, which you have carried on to your other films?

“As I mentioned above, Sly really pushed the character and some of the situations in the story way over the top. By ‘environment’ I assume you’re referring to the fact that the story took place in Afghanistan and that Rambo was aiding the Mujahedeen? This is one aspect that was well-researched on my part, and it was quite accurate. The rebel leader that Rambo meets with and assists is named ‘Massoud’. That was the name of the man who led the Northern Alliance, which was clearly pro-West and anti-Taliban. Massoud is the man who was assassinated by agents of Osama bin Laden two days before 9/11/2001. Rambo was not fighting on the side of Al Qaeda and the Taliban, if that’s what you’re asking.”