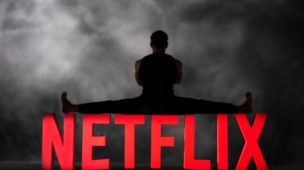 Glæder mig til at se filmen.

Skal da helt klart ses, men ærgerligt at slutningen tilsyneladende vises til sidst i traileren. Men nok ikke en overraskende slutning :-)
Hudson til Vasquez i "Aliens": "Have you ever been mistanken for a man? No, have you!!!
Glemt Adgangskode? Opret ny Filmz-Profil