Klik her for at se flere nyheder om “The Karate Kid”. 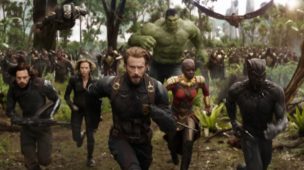 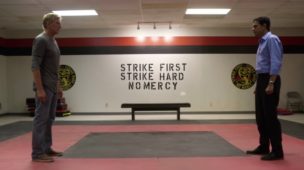 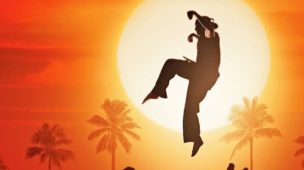 http://twitchfilm.net/news/2010/05/its-time-to-stop-griping-about-the-quality-of-jackie-chans-us-roles.php#comment-59015 skrev:
The title is purely a marketing move, no doubt about it. The only karatein the film is a teach yourself TV show that the kid watches before hooking up with Mr Han to learn kung fu. He even corrects his mother at one point when she calls it karate. But don't hate on Jaden. He's perfectly fine as an actor - certainly better than Ralph Macchio ever was - and is actually pretty impressive physically.

http://twitchfilm.net/news/2010/06/jackie-chan-beat-up-some-brats-in-the-karate-kid-clip.php#comment-59183 skrev:
Believe it or not but apparently the writers have in fact included a valid reason for the counter-intuitive title: it's a nickname for the American kid because his initial martial arts moves are so unlike kung-fu that the thugs call him "The Karate Kid".

http://twitchfilm.net/news/2010/06/jackie-chan-beat-up-some-brats-in-the-karate-kid-clip.php#comment-59186 skrev:
..and the title "The Karate Kid" has more commercial brand recognition. Also, Jackie Chan says in his blog that Dreamworks registered the word "kung-fu" (for Kung Fu Panda), thus, they went with The Karate Kid title.