More reactions! Finally allowed to say that #JohnWick3 is hands down the best of the three movies. Ridiculously inventive fight scenes, lots more world building & great villains. There is a knife fight in this movie that is aces. Also, Halle Berry’s character needs her own series pic.twitter.com/Tp3xWrK82d

In other news, JOHN WICK: CHAPTER 3 – PARABELLUM is pretty awesome. I don’t even love the other two, but this one was stellar.

John Wick 3 is my favourite film of 2019, and it’ll take a lot to beat it. From the first punch to the final bullet, it‘s truly transcendent action cinema. It’s also the closest thing to South Korean cinematic structuring I’ve seen in an American film, high praise! Pure art! pic.twitter.com/1KQwxRpowi

#JohnWick3 is AWESOME. Some of the action set pieces are so insane you’ll wonder how director Chad Stahelski and his team filmed them. Saying that, the @Halleberry/#KeanuReeves set piece featuring her dogs might be my favorite. Wait till you see this one. Esp if you like dogs… pic.twitter.com/ym2Tn012xw 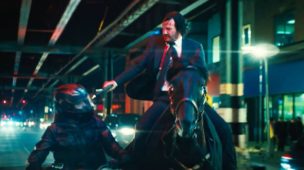 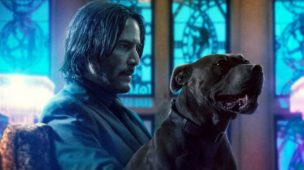 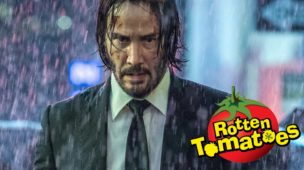 Nøøøøj, hvor jeg glæder mig !!!
Jews were beaten in the streets, not by Nazi soldiers, but by their neighbours - even by children. I condemns all that Nazis did and stood for, but because history is edited, most people today don't realize, that to get to the point where Nazi soldiers could easily round up thousands of Jews, the government first made their own neighbours hate them simply because they were Jews. How is that any different from hating someone for their political views - left or right?