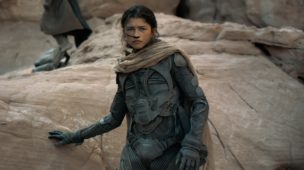 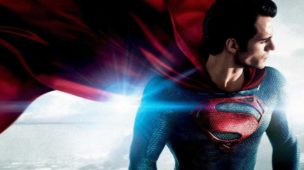 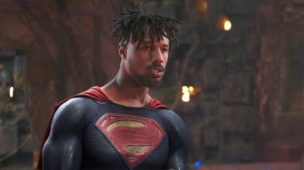 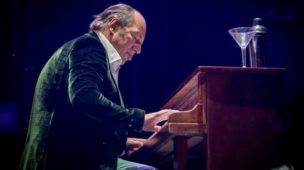 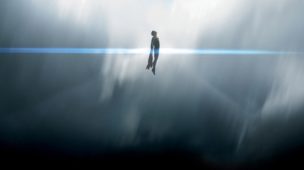 De der percausions stortrommer eller, hvad det er sparker satme røv!
J. J: "This is one of my Favorite shots."
Tom Cruise: "I just love this scene, and the set"

Flight er altså også et fantastisk nummer fra MoS-soundtracket.
“Of course, it’s a friendly call. Listen, if it wasn’t friendly, you probably wouldn’t have even got it.”

The Motion Picture Association of America has announced an unprecedented deal that will see legendary composer Hans Zimmer compose the musical score for every Hollywood-produced film through the year 2054.

“This deal will ensure that Hans’ musical voice will dominate the industry,and provide a uniform style to lead us into the next generation of filmmaking,” said MPAA president Chris Dodd.

“The business was already headed in this direction. Our new contract now ensures that woodwinds will soon be a thing of the past,” Dodd added, noting that flutes and oboes are wimpy instruments anyway, and test poorly among males 18-49.

Zimmer announced his delight at the agreement through a statement delivered by his Remote Control Productions employee Geoff Zannelli.

“It is a great honor to have my work appreciated enough to merit this deal,” Zimmer wrote. “I have worked very hard as an innovator of film scores, and in bringing them into a new millennium.”

“Hans is a true artist. When we worked on my Batman films, he had the vision to question why themes need to have more than one note. With Inception, I was stunned at his genius when he constructed an entire score consisting of low brass hits,” said Nolan.

“This is a turning point for the entire musical world,” said Bruce Pearson, author of the KJOS Standard of Excellence book series for beginning band. “Moviegoers will now be treated to entire scores with the complexity of our publication.”

Pearson hopes to strike a deal with Zimmer to include some of his music in his warm-up books. “It’s a win-win situation,” Pearson said. “Very little additional arrangement would be required.”

Pearson also said KJOS should also be able to cut printing costs following the deal, as anything other than the D minor key is “essentially extinct.”

The deal will also impact soundtrack producers. All albums will now require the inclusion of dialog tracks, techno remixes and at least one commercially viable song performed by a pop artist.

“The scores themselves are only part of the equation,” Dodd stated. “We are looking at album sales and producing a product that will appeal to as many consumers as possible within the male 18-49 range.”

Some Hollywood composers, who now find themselves out of work, were less enthusiastic.

“Well, at least I won’t have to worry about my work being rejected and rescored by Hans when the studio decides my use of a clarinet is too girly,” said Academy Award winning composer James Horner.

Zimmer dismissed the backlash in a response delivered by Remote Control Productions employee Lorne Balfe as simply “Haters who clearly have lost all perspective of what is considered music by males age 18-49.”

Director Gore Verbinski also rushed to the defense of his frequent composer.

After conferring with an unnamed representative to his left, Verbinski declined additional comment.

“I would like to congratulate Hans,” said Williams.“I am unfamiliar with his music, but I am sure he will represent the medium well. Can anyone recommend some of his concert works for me to study?”

The deal will be effective retroactive to the start of 2014, according to Dodd. All scores for films currently in theaters will be re-scored by Zimmer immediately.

“I simply cannot contain my excitement,” said Dodd. “The true beauty is that Hans’ generic style is so adaptable it works with any genre. I guess you could say we are going green in a big way in Hollywood by recycling the same scores over and over again. Also, the money.”

Millions of males age 18-49 gathered on various Internet message boards in celebration of the news, many enthusiastically anticipating a future where every movie features Maximus’ theme and sounds like a trailer for Pirates of the Caribbean.

In a related story, the Newman family has fled the country.

http://www.filmtracks.com/scoreboard/index.cgi?rea...
Smile, you son of a bitch!