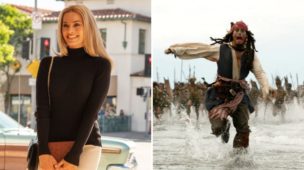 "Pirates of the Caribbean"-skaber kommenterer fremtid for Johnny Depp