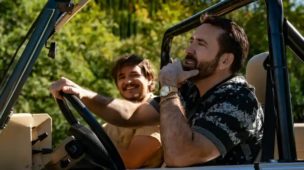 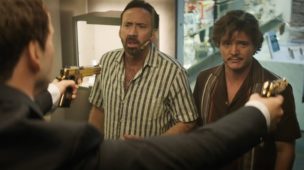 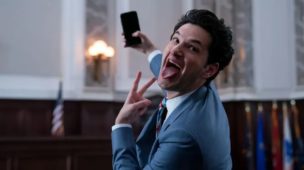 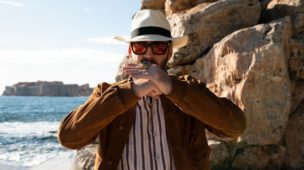 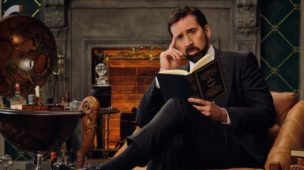 Èt ord: "GODT!"
Ripley: These people are here to protect you. They're soldiers.
Newt: It won't make any difference...

http://www.slantmagazine.com/film/review/drive-angry-3d/5299 skrev:
While serious-minded critics are still trying to figure out what 3D can do to enhance the cinematic experience, director Patrick Lussier is having a blast with the as-of-now gratuitously revived technology. Drive Angry is Lussier's latest unambitious but satisfying sleazefest, a movie that gets by entirely thanks to its ample energy and considerable love of crotch-grabbing bad-ass posturing.
[...]
He [Lussier] is arguably the first bona fide 3D artiste, someone that's fully embraced 3D photography's flashy and cheap possibilities—look out, that fire axe is headed straight for ya!—and is all the more refreshing for his abject refusal to take himself seriously.
[...]
Still, like a Meatloaf song, Drive Angry 3D is unable to sustain the impossible pace it initially sets for itself.

http://www.showcase.ca/blog/archive/2011/02/24/in-theatres-drive-angry-3d.aspx skrev:
In 2010 legendary arthouse director Werner Herzog grabbed hold of the latest 3D technology and used it to capture the contours of cave walls in Chauvet, France. His Cave Of Forgotten Dreams lovingly captured every curve and arc, welcoming the audience to experience the natural geography of ancient cave paintings in their natural environment. In 2011 Patrick Lussier applies the same principal to tits.
[...]
You want to go out and see a great film? Well, you've got lots of options right now. The Oscars are running this weekend and will be happy to endorse several for your viewing pleasure. But you know what? I've seen pretty much all of the nominees at this point and for pure entertainment value you won't have nearly as much fun at any of them as you will with Drive Angry. You certainly won't see as many tits.