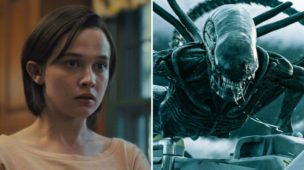 Go Ripley, go Alien....
Jeg er som altid klar, bare det laves kvalificeret, ellers er det ligegyldigt.
Hudson til Vasquez i "Aliens": "Have you ever been mistanken for a man? No, have you!!!