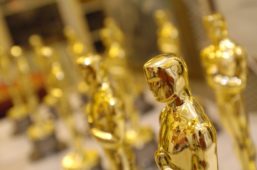 "I did not do it. I didn't kill Joffrey, but I wish that I had. Watching your vicious bastard die gave me more relief than a thousand lying whores. I wish I was the monster you think I am. I wish I had enough poison for the whole pack of you. I would gladly give my life to watch you all swallow it."
Sorte udgør kun 13% af den amerikanske befolkning, men står for 100% af alt voldskriminalitet ved Oscar uddelingerne.
Glemt Adgangskode? Opret ny Filmz-Profil