I've seen a lot of movies and know how they are made and I have zero idea how Sam Mendes and Roger Deakins pulled off the cinematography in #1917. It's a stunning cinematic achievement and easily the front runner for the Oscar in cinematography. Mind blown. pic.twitter.com/Cz1Gri9NqP

1917 is the most impressive cinematic achievement of the year. And yes, I’ve seen everything now except Cats and Richard Jewell. And I say this as someone who typically dislikes war movies. The shots/sequences are something I’ve never seen a director/DP pull off before.

1917 is not for the faint of heart. An unforgettable anxiety-inducing cinematic roller-coaster ride. Sam Mendes & Roger Deakins have outdone themselves. A truly unique war film that puts the viewer into the war & on the front lines. A must-see on the big screen. #1917Movie pic.twitter.com/HpIG2LOKrL 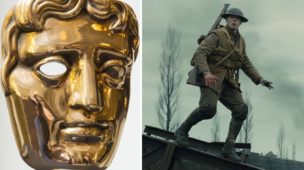 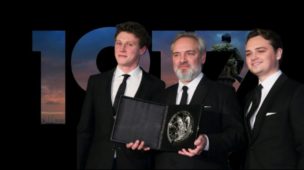 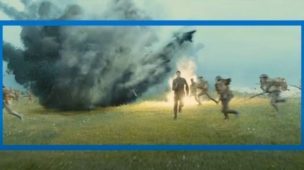 "1917" is a modern war classic and one of the best movies of the year. -Johnny Oleksinski, New York Post.

A visceral experience and visual masterclass, 1917 personalizes the immense scale of the only war to begin on horseback and end in the air.” -Rubin Safaya, Cinemalogue.

“1917 is not only a technical feat, it's also an anxiety-inducing war thriller with digressions into horror and even French impressionism.” -Karl Delossantos, Smash Cut Reviews.

“A visual knockout, a gripping war drama, a relentless action picture, a great "video game movie not based on a video game" and an ironic inversion of the 'Lord of the Rings.'” -Scott Mendelson, Forbes.

“Sam Mendes' stunning World War I odyssey 1917 takes us to hell and back. -Mike Ryan, Uproxx.
Sam Mendes's 1917 is an amazingly audacious film; as exciting as a heist movie, disturbing as a sci-fi nightmare.” -Peter Bradwhaw, Guardian.

“Astonishing as his filmmaking can be at times, it's Mendes' attention to character, more than the technique, that makes "1917" one of 2019's most impressive cinematic achievements.” -Peter Debruge, Variety.

“It's a staggering piece of filmmaking, admirable both for its complexity and its control.” -Richard Lawson, Vanity Fair.

“A realistic look at how one person can make a difference in war by saving 1600 soldiers.” -Harvey S. Karten, Big Apple Reviews