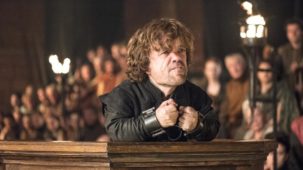 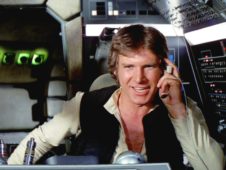 Seeing ANY character who is played by other than the real actor is totally bogus. I mean WHY oh WHY is it that the Star Wars franchise is suffering from having a GOOD goddamn story written that is NEW!!!

I am tired of the same old shit...

Look at the countless stories out there on both books, and comics.

But the show may suffer the same weak story lines as the original. While often you can get away with it in movies, in series it is a different ordeal..

But as myggen says, if it's crap we wont watch is... Like Star Trek Enterprise...
Girl: It said my cookies aren't turned on? What am I supposed to do, pour some milk on myself and show them my tits?

The Adventures of Young Han Solo

You are right, Confused101


It could work if they concentrate the story arc between episode III and IV. He could have been responsible for helping Vader to hunt down and kill the remaining Jedi.

Hence why Vader took him in Episode V, he might have known Boba from before. As he kinda had a confrontation with his dad Jango.

Yeah I see it work, but then they would need a Maui guy to play him when he is NOT using his mask. And he has to be good enough to pull off the grief and hatred he has towards the Jedi.

Also, he has to fall for a woman or in any case, has to fall vicim of personal anguish. If a series has to be drawn up, he has to be more human and have more personal problems in order to make the character interesting enough to be viewable in the long run.

But what would be cool to see, is his relationship with Darth Vader. Perhaps Vader uses him to help him hunt down the Jedi in all corners of the Galaxy, in which case, it would be very interesting to see how it all would turn out. What story lines could eventually merge the loose ends in the Star Wars universe now that we didn't see Boba in Episode III?

Yeah I could see it work, but not with Han Solo and the monkey boy...

PS. Sorry for thinking that Enterprise sucks, but quite a few of us think it is lame and that is why it didn't see Season 5 and 6 and even 7.

While granted it was getting better it was still too childish in manor and story writing...

Girl: It said my cookies aren't turned on? What am I supposed to do, pour some milk on myself and show them my tits?

The Boba Fett story could be called...

Star Wars : The War in Between

Star Wars : The beginning of the end

Star Wars : Path of Vengeance
Girl: It said my cookies aren't turned on? What am I supposed to do, pour some milk on myself and show them my tits?
Glemt Adgangskode? Opret ny Filmz-Profil