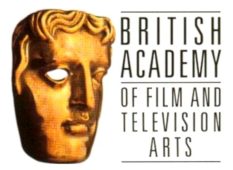 Gad vide om Uwe allerede har fået sin indbydelse 8-)
J. J: "This is one of my Favorite shots."
Tom Cruise: "I just love this scene, and the set"

Membership in the Academy is by invitation of the Board of Governors and is limited to those who have distinguished themselves in the arts and sciences of motion pictures. The criteria for admittance include: a body of work in motion pictures that reflects the high standards of the Academy, an achievement of unique distinction, or the making of an outstanding contribution to the film arts or sciences.
Members represent 15 general areas – actors, animators and short film makers, art directors and costume designers, cinematographers, composers and songwriters, documentary filmmakers, directors, executives, film editors, makeup artists and hairstylists, producers, public relations specialists, sound technicians, visual effects experts and writers.

A candidate for membership in the Academy is normally sponsored by at least two members of the branch for which the person may qualify. Each proposed member must first receive the favorable endorsement of the appropriate branch executive committee before his or her name is submitted to the Board of Governors for its approval. Individuals nominated for Academy Awards® who are not already members of the Academy are considered for membership without the need for sponsors.

The Board of Governors also may invite individuals to become members-at-large and associate members. Members-at-large are those engaged in motion picture production, but for whose craft there is no separate branch. They have all the privileges of branch membership except for representation on the Board. Associate members are those closely allied to the industry but not actively engaged in motion picture production. They are not represented on the Board and do not vote on Academy Awards.
And like that... he's gone.

Individuals nominated for Academy Awards® who are not already members of the Academy are considered for membership without the need for sponsors.
"Some people have bad taste and others have taste more like mine." - Roger Ebert
Glemt Adgangskode? Opret ny Filmz-Profil